Do you enjoy Action? Adventure? Drama? A taste of Sci-Fi? Yes? Then the Defender Series is just the thing you want to jump into. Captain Alexander leads his crew on a series of missions to low-tech worlds to prepare them to join the Commonwealth one day in space. An enemy of the Commonwealth has already been working to thwart the plans of the Commonwealth. The galaxy has been thoroughly explored and no one, other than humans, is found on any planet until the Explorer ships are launched. Arni Liontari is no mere mortal. A series of physical, moral, and ethical conflicts ensue as the crew is tossed about between their mission, saving the lives of defenseless planetary populations, and risking treason against the Commonwealth.

The Defender Series is a Christian Speculative science fiction collection of novels that looks at the question of how God might have dealt with the salvation of mankind beyond a single planet.

Find out what’s new and what’s coming soon for Captain Alexander and his crew.

Find out about other books that author Reggi Broach enjoys reading. 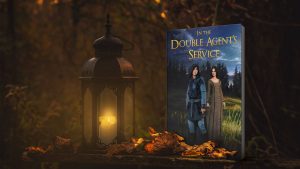